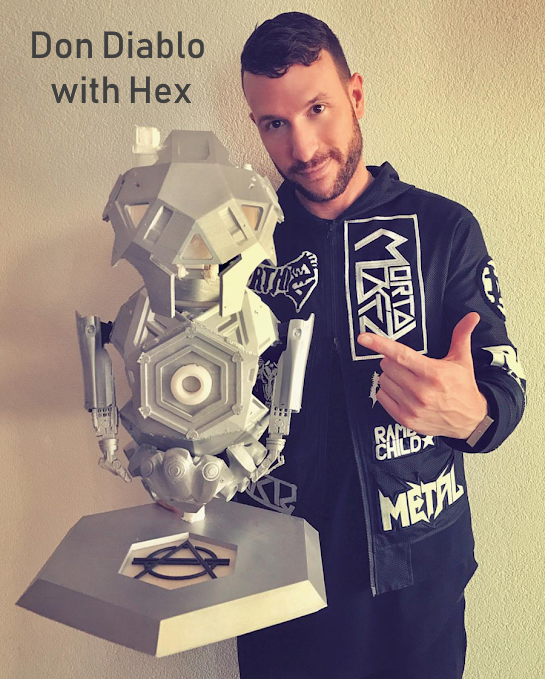 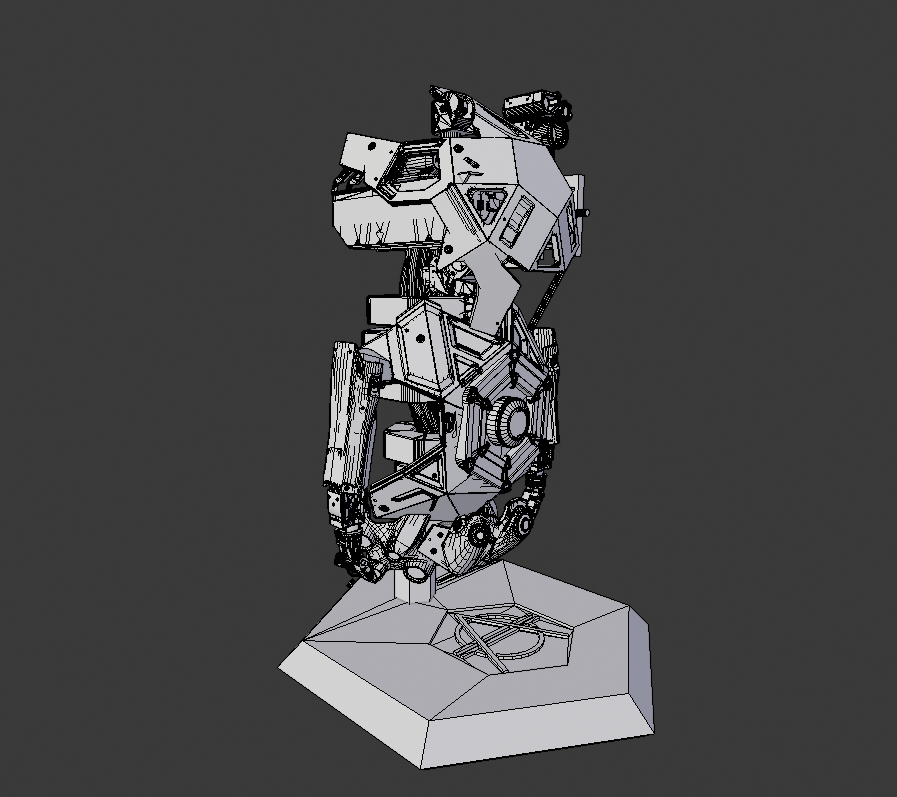 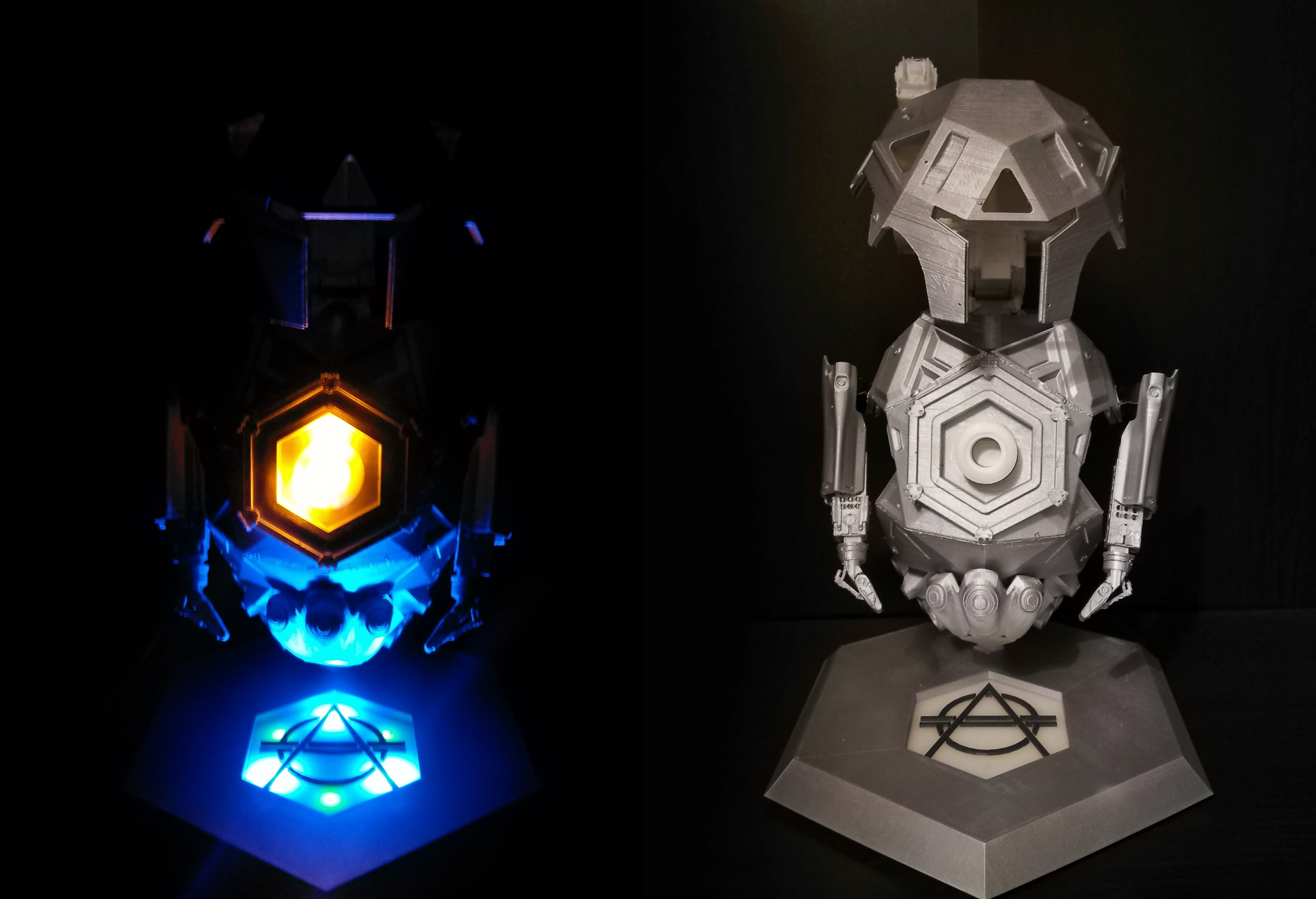 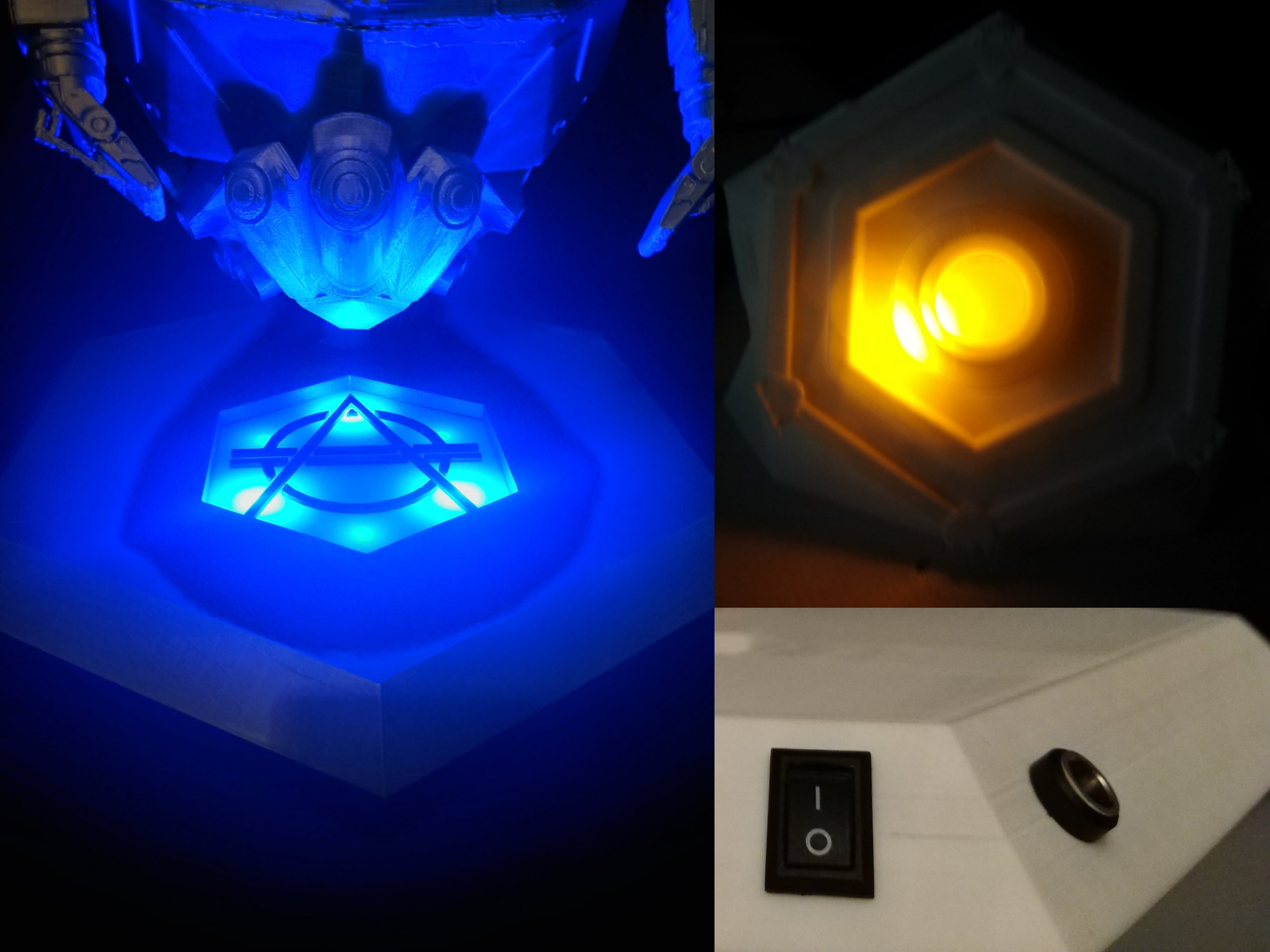 Don Diablo is a world-famous DJ from the Netherlands, who has created an entire fictional world called "Hexagonia" explored through his music videos, his music label Hexagon, and his comic books. One of the characters is Hex, a robot sidekick featured in some of his videos. For Don Diablo's birthday, I modelled, 3D printed, and engineered a real life version of Hex that lights up.

Starting with the original CG model (provided to me), it soon became clear the model would need a lot of cleanup and modifications before I could 3D print it. The first thing I did was set up a workflow in Blender to automate retopology in order to clean up the mesh, followed by digitally assembling the resulting parts. After drawing out the locations for the LEDs, I designed a frame that would hold all floating parts without being visible from the outside, and which would allow some movement in the arms to prevent them from breaking off while also allowing the model to be slightly posed.