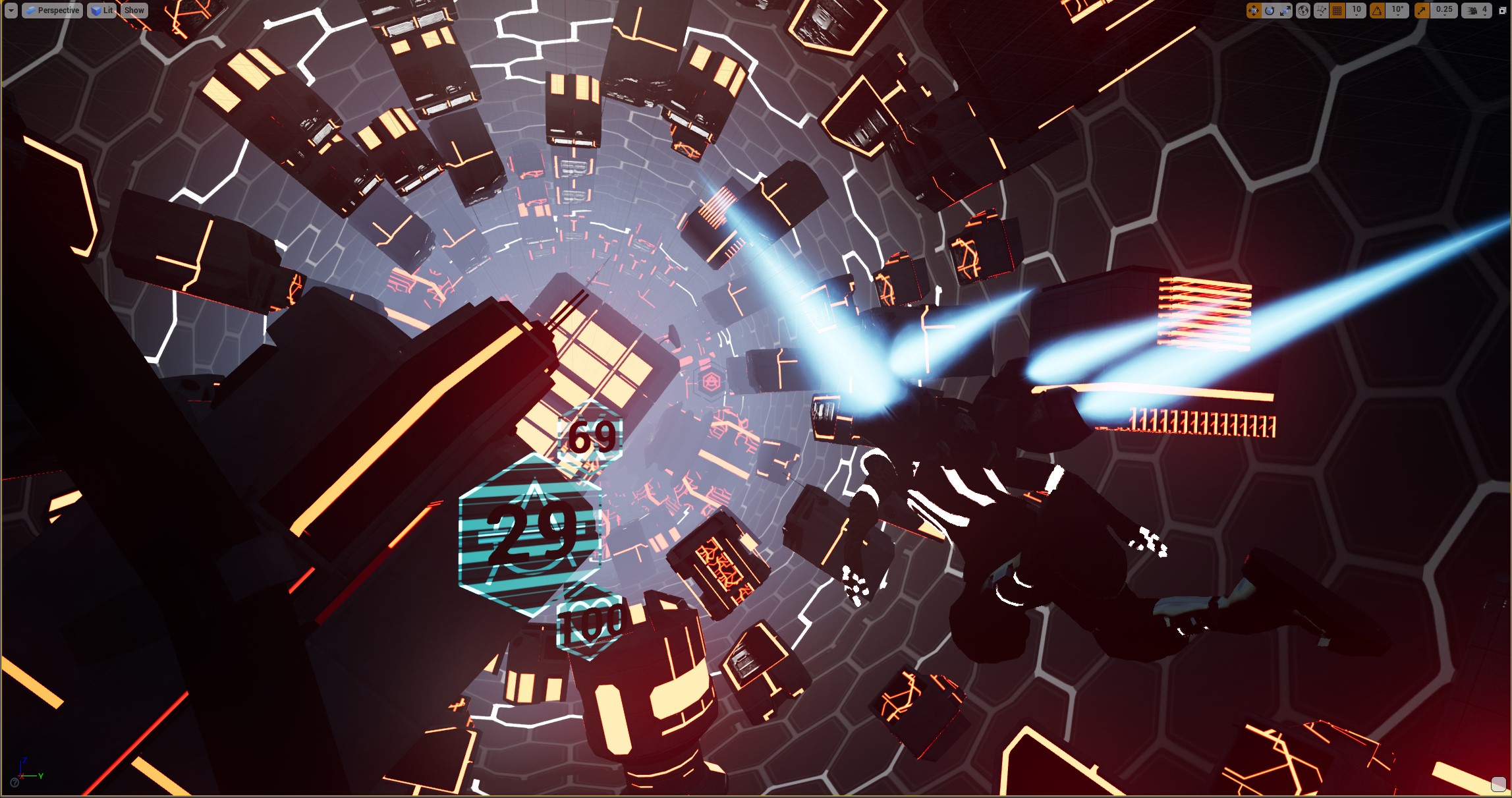 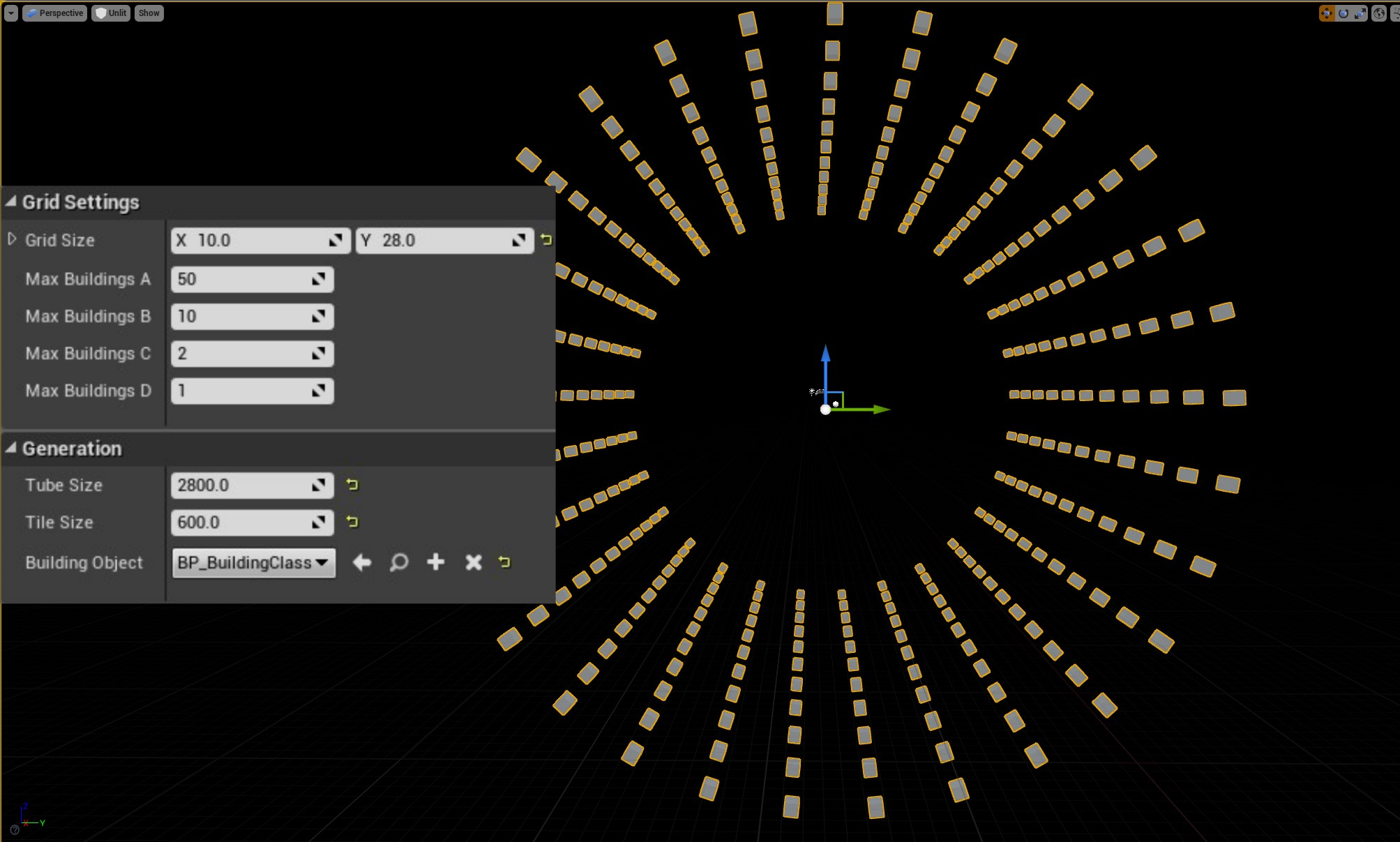 Don Diablo is a world-famous DJ from the Netherlands, who has created an entire fictional world called "Hexagonia" explored through his music videos, his music label Hexagon, and his comic books. Multiple demos were created for a possible videogame set in the Hexagonia universe.

One of the demos was a mobile VR game developed in Unreal Engine, an endless runner in which the player controlled Don Diablo fleeing from a hacked Hex robot. During the two month development window for this demo, I worked on the shaders, spline system, and audio system.

A spline gets generated as the player moves through the tunnel, which determines the direction the tunnel moves in. The level designers had an options panel in the editor for length and direction the spline could take. After generating the spline, a mesh generates around it, and buildings generate in a grid on the outside. The grid layout is used to prevent buildings from colliding, and to provide a setup for the artists to work off of. The entire level generation is done through Unreal Blueprints.

After the level generation, I worked on the music system. With C++, I implemented a system to automatically extract the different tracks (bass, percussion, voice, etc.) from the music Don provided. The volumes of these tracks are then used to provide a value in Unreal's blueprints, that could be linked by the artists to color changes and building movements, to make the level come alive.

Finally I created some shaders using Unreal's shader nodes, to create the retro neon look for the game. Using a shader, the tunnel and buildings disappear into binary code behind the player.